The seminar will revolve around the three pillars of sustainable development:
THE ENVIRONMENTALLY RESPONSIBLE
THE ECONOMICALLY VIABLE
THE SOCIALLY FAIR
It will dive deep into climate change and the key trends in the energy sector, while also looking for joint solutions in physical integration, smart investments and private actions and discussing policies to leave no one behind
SPEAKERS 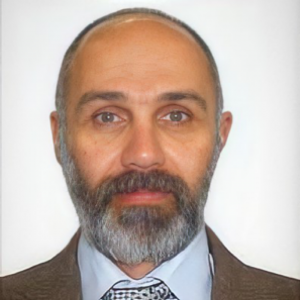 Head of Mission for UNIDO in Brazil and Venezuela

HEAD OF MISSION FOR UNIDO IN BRAZIL AND VENEZUELA

Alessandro Amadio, currently Head of Mission for UNIDO in Brazil and Venezuela.

Before joining UNIDO, he worked eight years for various private companies in the engineering and construction sectors in agriculture.

He is Italian national and hold a master degree in agriculture from the University of Florence (Italy). 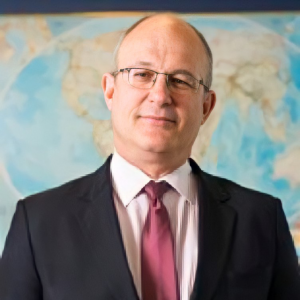 Antonio H. Pinheiro Silveira is Corporate Vice President of Infrastructure of CAF. He has a PhD in Economics from the Federal University of Rio de Janeiro. He was the Deputy Chief of Economic Advice of the Ministry of Planning, Secretary of Economic Monitoring of the Ministry of Finance and Minister of the Secretariat of Ports of the Government of Brazil. He participated in Directories of public and private companies, which include Caixa Económica Federal, Vale S.A. (Fiscal Council) and Banco do Nordeste. He worked as Executive Director for Brazil at the World Bank and the IDB. 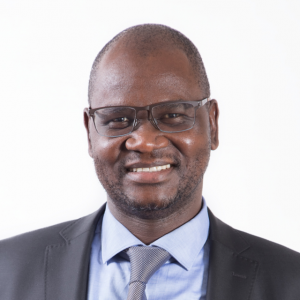 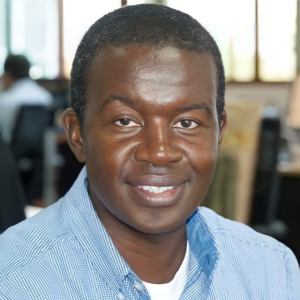 Executive Director of Smart Power Africa at the Rockefeller Foundation

EXECUTIVE DIRECTOR OF SMART POWER AFRICA AT THE ROCKEFELLER FOUNDATION

Joseph Nganga is the Executive Director, Smart Power Africa at the Rockefeller Foundation. In this role, Joseph oversees efforts in scaling access to safe, reliable, and renewable energy in Sub Central to this effort is the development of l arge-- Saharan Africa. scale, innovative partnerships that break down the silos between traditional utilities and disruptive mini the continent . grid technologies, to address last Before joining the Foundation, Joseph Nganga cofounded responsAbilitmile electrification on y Renewable Energy Holding company that builds, owns and operates renewable energy projects across sub, a Saharan Africa. He grew responsAbility Renewable Energy Holding for Africa, a $3B asset manager into a $121M company while he led the Regional Office headquartered in Switzerland that invests in Energy, Agriculture and Financial Institution. Other accomplishments include establishment of Renewable Energy Ventures (REV), a project development and advisory firm in Nairobi. REV developed renewable energy p rojects, provided advisory services in the renewable energy space and distributed lanterns. Joseph has a long and distinguished career in advisory work including developing the business plan and fundraising for the Kenya Climate Innovation Centre (KCIC), a $15m facility to support local entrepreneurs developing technology and solutions in the renewable energy and climate space. He also worked with the Alliance for Green revolution (AGRA)’s AECF in the REACT window, advising, supporting, and investing in cl companies. ean energy Earlier in his career, Joseph was an Investment Banker at Bank of America, in Charlotte, NC. Joseph graduated with Liberal Arts degree from Queens University of Charlotte and has taking Executive Education program on governing for no nprofits from Harvard Business School. He also sits on the Board of Carolina for Kibera , a nonprofit organization that through a model of participatory development, works to combine public service with responsible public health research in Kibera and ot her informal settlements globally. 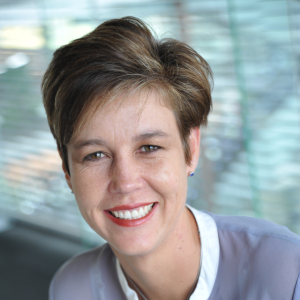 After earning her BSc (Hons) Rentia joined ABSA bank and later completed her MBL (Masters in Business Leadership) and EDP (Executive Development Programme). She joined the Industrial Development Corporation (IDC) where she started in the Economic Research department, was seconded to the office of the minister of Minerals and Energy as advisor and joined the IDC’s mining business unit when she returned in 2000. She was promoted to Head: Wood & Paper Strategic business unit in 2003 and later Head: Green Industries, a new unit formed in 2011, where she lead the team focusing on renewable energy, energy efficiency, fuel based energy and other green related initiatives. Rentia joined Standard Bank in 2014, with a focus on developing and implementing opportunities for Standard Bank to be the leading funder of renewable and power projects in SA and the rest of Africa. She has recently taken on the role as Head: Power in Corporate and Investment Banking and continue to focus on developing the franchise. 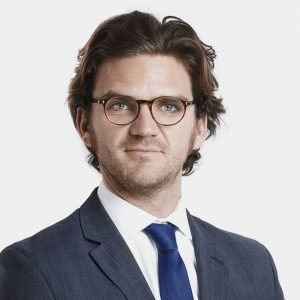 Quentin Sauzay is specialized in supporting investment transactions, project finance, restructuration and Mergers and Acquisitions in domestic as well as transnational deals. He works with corporate clients as well as state institutions. He is a former business lawyer at the Paris bar. Quentin Sauzay has joined SouthBridge as Director of the Climate Finance, Energy and Infrastructure practice.Previously, he was a consultant for the World Bank, based in Benin, in charge of programs focusing on infrastructure development, investments promotion and business climate improvement in the subregion. He also advised promising SMEs in Kenya, in terms of strategy and business development. In 2015, he was appointed as a special advisor to the Prime Minister of Benin in charge of energy access and infrastructure developments programs. He then joined Allen&Overy as an associate in the African project finance team in Paris. Quentin graduated from HEC Paris, Paris II and Paris V Sorbonne University. 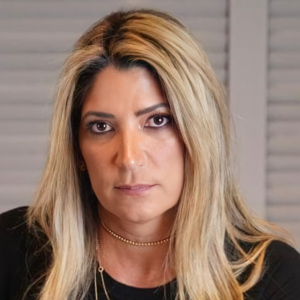 Founder and President of Grupo LEVVO

FOUNDER AND PRESIDENT OF GRUPO LEVVO

Founder and President of Grupo Levvo (Commerce, Clean and Renewable Energy) and works at Instituto Levvo, where she develops income generation and social transformation projects. Graduated in Business Administration, MBA in Business Management and MBA in Financial Management and Capital Markets at Fundação Getúlio Vargas (FGV); Leadership and Negotiations, 2013, at Harvard University. Active in social causes; philanthropist from nature; generous with her projects. Always thinking about future generations; works with circular economy and income generation. Mother of two; franchised of McDonald’s for over 23 years; tuned in technology and innovation; Laura is a member of the Training Committee of the Brazilian Association of McDonald's Franchisees (ABFM); the group of entrepreneurs LIDE and LIDE MULHER; the Women of Brazil Group, as advisor to the DF Center; and Director of the Brazil / India Chamber of Commerce (WICCI). 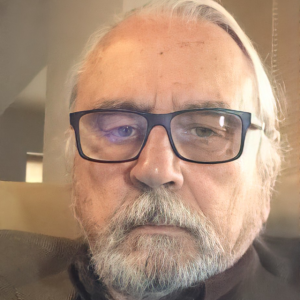 PRESIDENT OF THE BRAZIL LUXEMBOURG CHAMBER OF COMMERCE - CCBRALUX PARANÁ

CÍCERO BLEY JUNIOR is an agronomic engineer (1971) and master in civil engineering, territorial management of urban and rural areas (2002). He is a former superintendent for renewable energies at Itaipu Binacional (2003-2016), was the founder and first president of CIBiogas (2013-2015), and is the founder and first and current president emeritus of the Brazilian Association of Biogas and Biomethane (2013-2016).


Former representative of the Energy and Mining Ministry at the Task Force 37 - Biogas, at the International Energy Agency - IEA (2013-2016). Acted as technical advisor of the the technical council for energy of FIEP (2017-today). Founder and CEO of BLEY Energy, Strategies and Solutions - EIRELI, a cleantech startup incubated at TECPAR, the Paraná Institute of Technology.(2020).


Co-author of the Industrial Patent INPI No BR 10 2017 024793 7 - Microstation for biomethane. Author of the book "Biogas, the invisible energy", published by Ed. S. Paulo in 2014. Is an active exhibitor and speaker in biofuel- and biogas-related events across North, Central and South America, as well as Europe, Asia and Africa. Is the founder and current president of the Brazil-Luxembourg Chamber of Commerce - CCBRALUX Paraná. 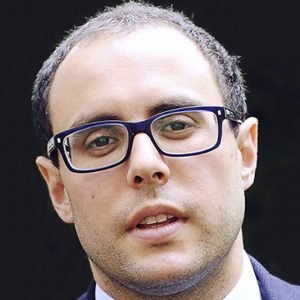 Omar joined the IC Group in March 2003, working across various departments. Having previously been an Associate Vice President in the Equity Finance team at Merrill Lynch, Omar brought a new and dynamic approach to IC Publications. He helped launch African Banker magazine and also the events department. He holds an Honours degree in Languages and Economics and a chartered management accountant qualification. 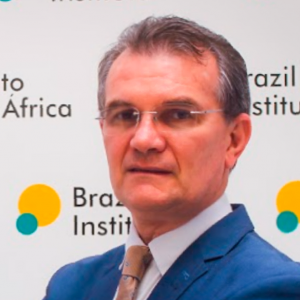 PRESIDENT OF THE BRAZIL AFRICA INSTITUTE

Founder and current President of Brazil Africa Institute, he holds a Ph.D. in Education from the Federal University of Ceará and Postdoctoral studies from the University of Brasilia (UNB), with the object of research on the integration of the African continent.


He is a visiting professor of important Brazilian and African Universities and he is a Senior International Associate of African, Latin American and Caribbean Studies Center - CALACs of Jindal Global University (India). Prof. João Bosco is the author of books and publications related to the relations between the various international actors, focusing on South-South Cooperation.


He acts as an international consultant of Brazilian and foreign organizations and as a columnist and commentator of important media in Brazil.

Climate Change and Energy Transition: Advancements and Technologies for a Carbon-free World 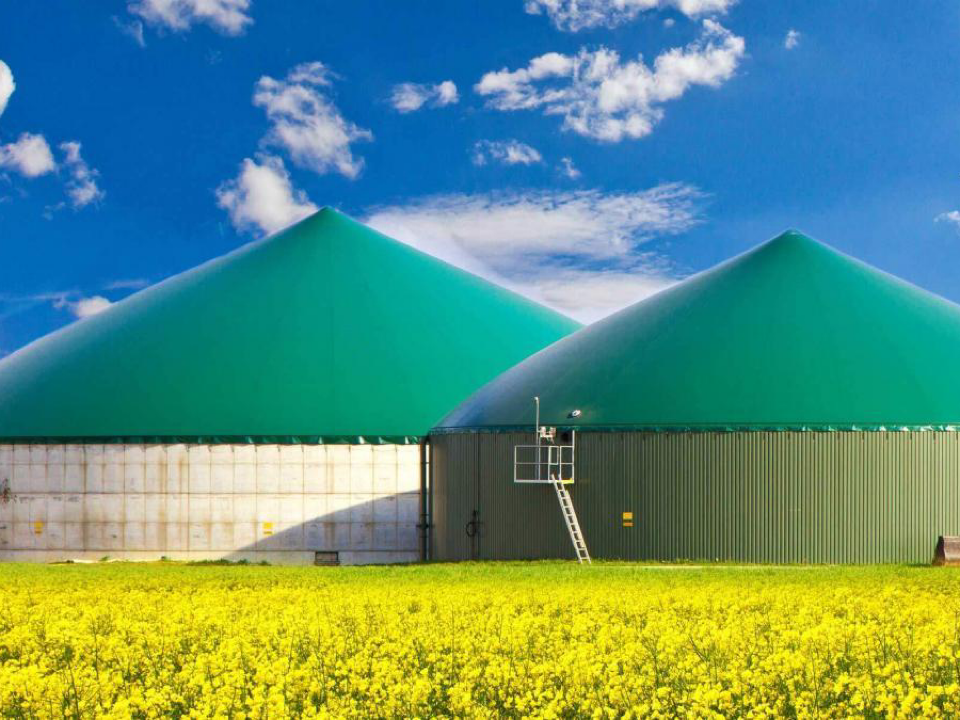 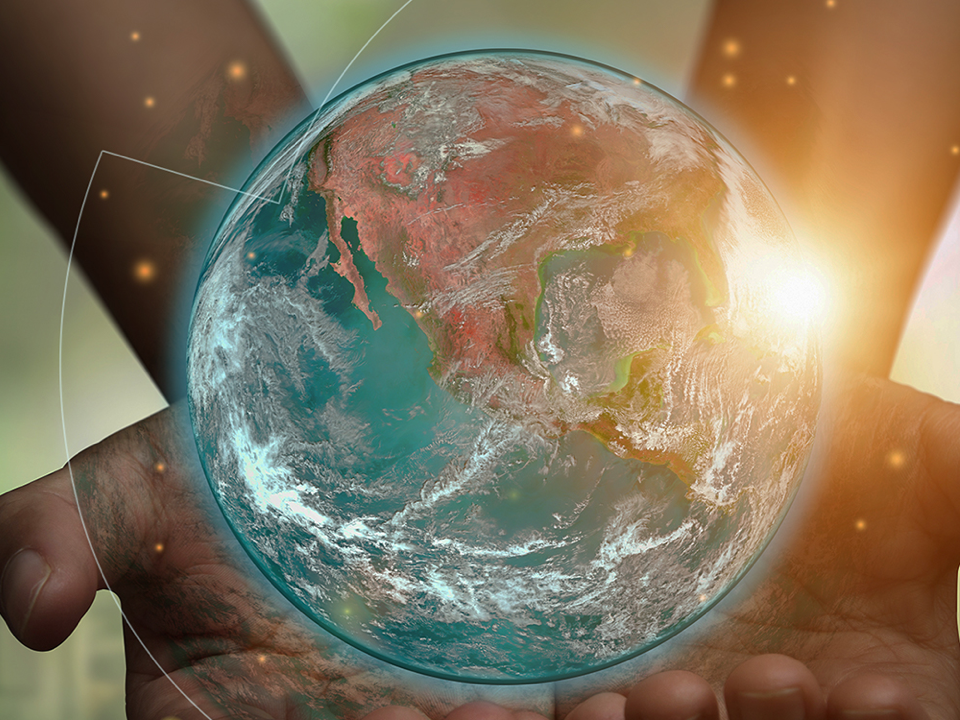 Renewable Energy for All: Accessibility, Affordability and Social Development
SHOWCASES AND INTERVIEWS 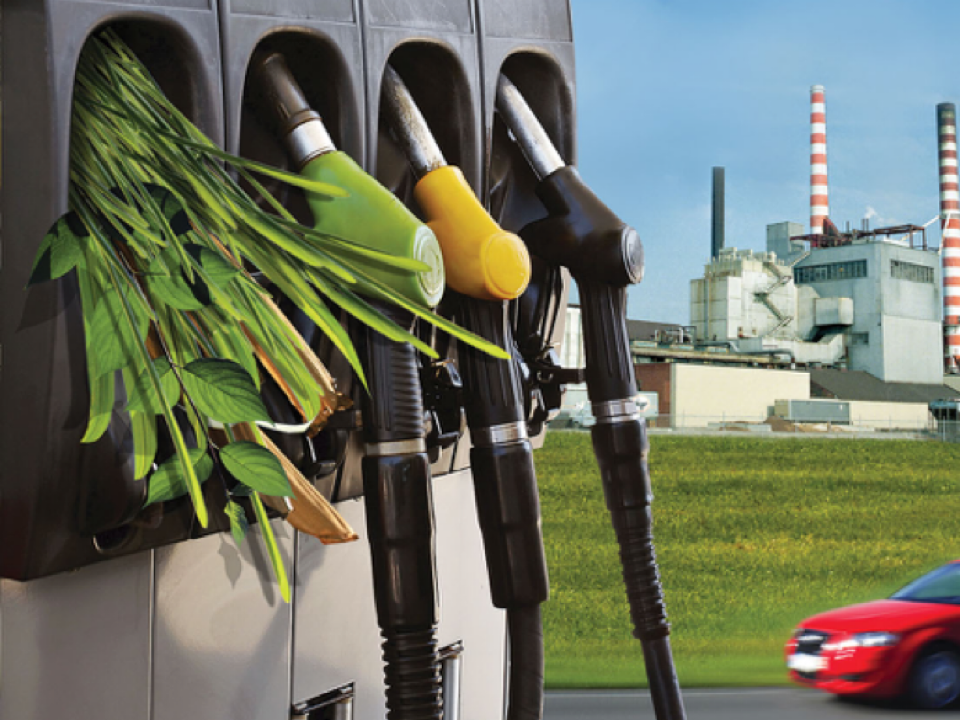 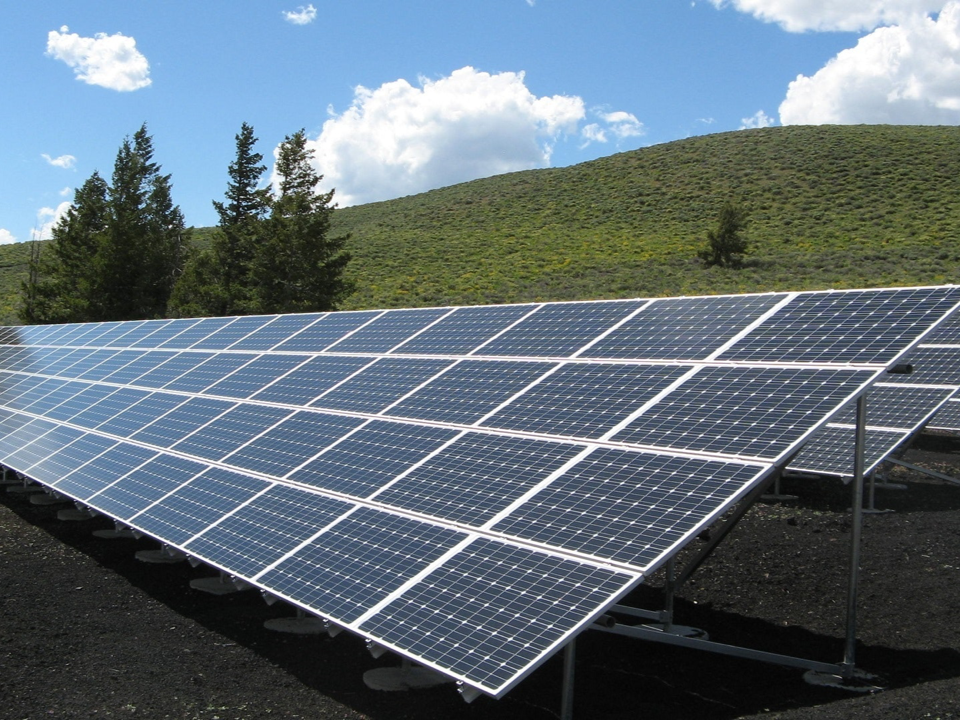 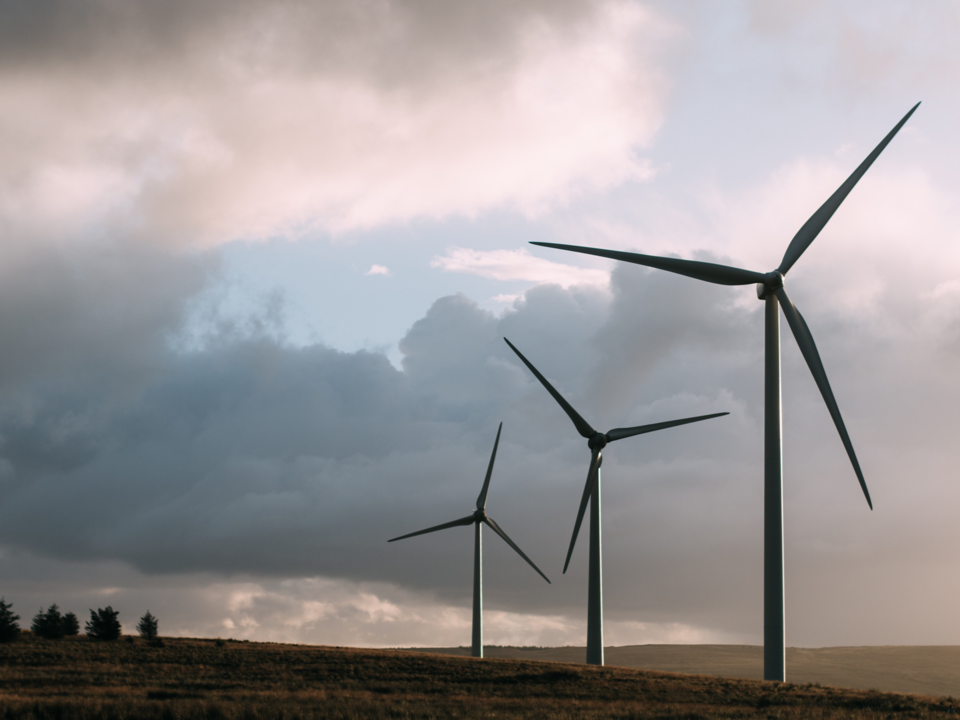 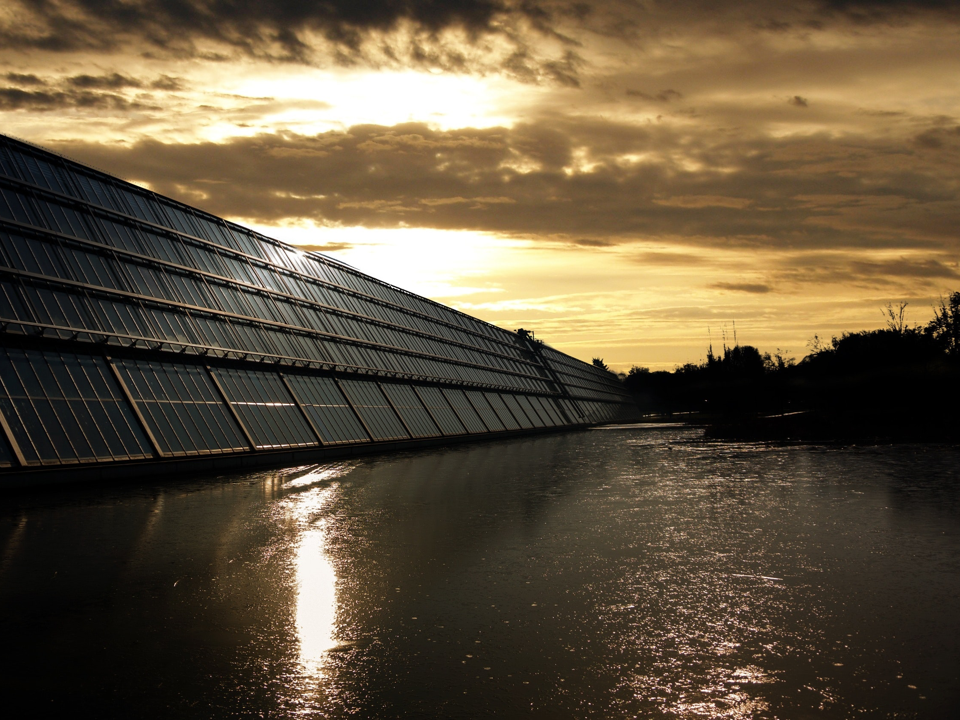 Respecting all health protocols due to the Covid-19 pandemic, the event will be held fully online and live streamed with simultaneous translations to English and Portuguese.
BE INVOLVED IN
Connecting Brazilian and African stakeholders from public and private sectors, engaged with renewable energy, to exchange perspectives on past, present and future developments
Discussing the latest trends on the global and regional energy markets and display Brazilian- and African-owned tech, products and services
Fostering a win-win relationship between Brazil and African countries in the energy sector by catalyzing joint projects, knowledge sharing, technology transference, trade and investment
SUPPORT 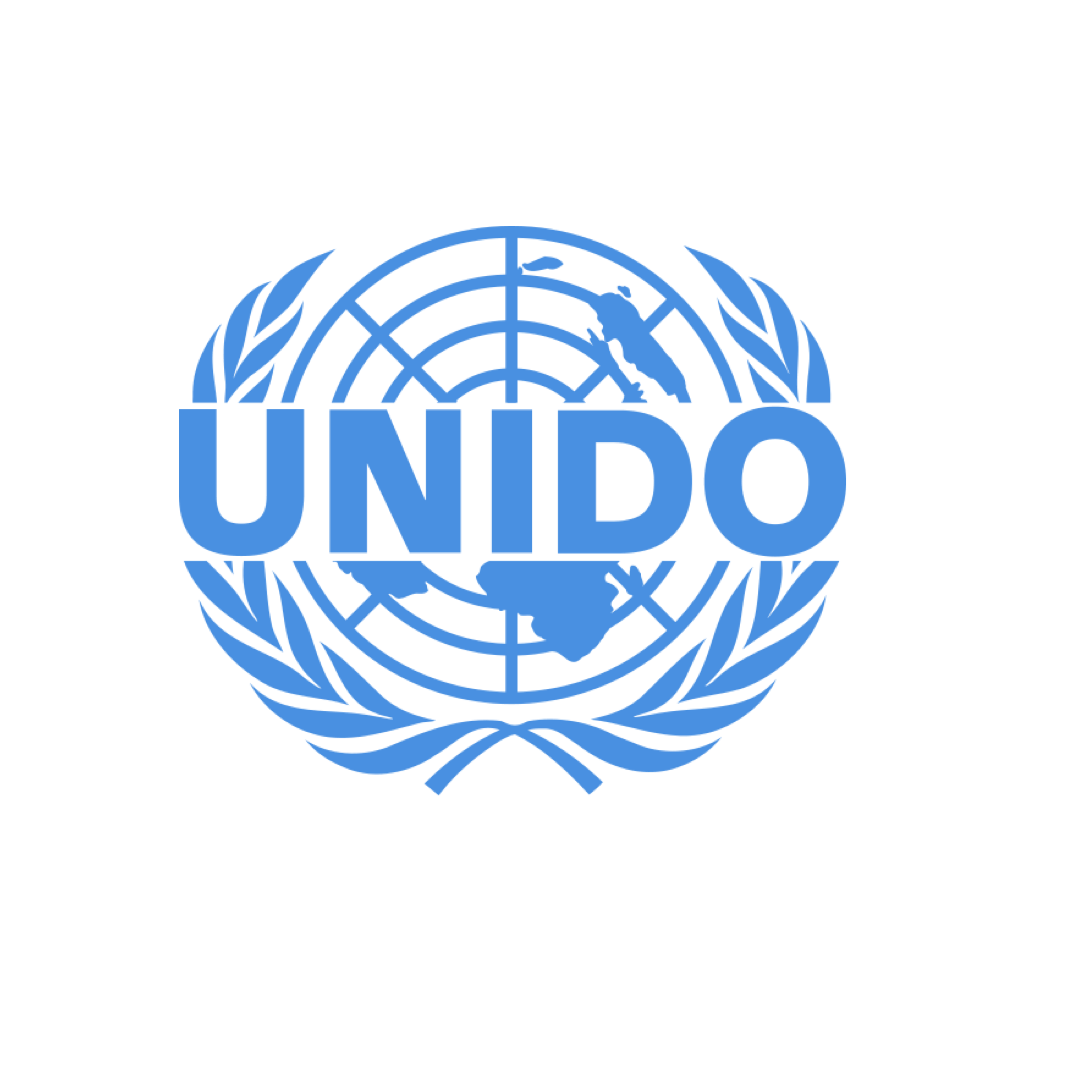 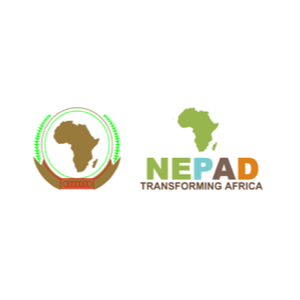 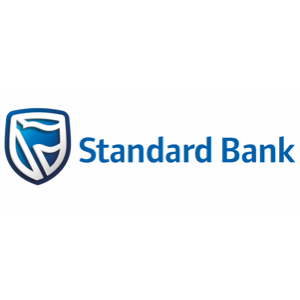 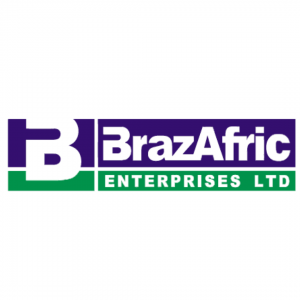 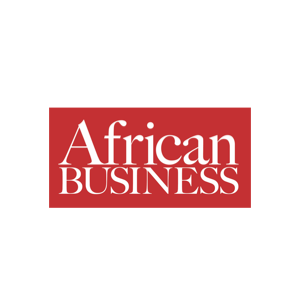