In Ghana, President of IBRAF highlights the importance of South-South Cooperation and the need for partnerships between public and private sectors

“Government policies for development are of great importance, but the private sector also plays a crucial role in south-south and triangular cooperation issues.” This was one of the arguments of the president of the Brazil Africa Institute (IBRAF), João Bosco Monte, during the African Green Revolution Forum (AGRF), which took place in Ghana.

AGRF is one of the main events for African agriculture. This year, with the theme “Grow Digital”, participants discussed the technology as an essential factor for agricultural transformation. 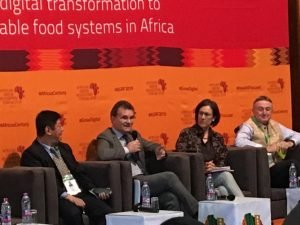 The IBRAF president attended the “South-South – Policy and Innovations: Learning from China and Beyond” session, which focused on the opportunities that South-South cooperation presents for the African continent. Joao Bosco was accompanied by representatives from India, Israel and China.

During the session, successful practices in the countries that are part of the “global south” and how some of these can be applied to the African were presented.

Agricultural development represents one of the great potentials of African countries. Although it is a continent with very fertile land, the region’s agriculture is not yet at the same level of advancement when compared to other regions, such as Brazil and Asia.

Thus, applying effective and sustainable agricultural practices on the continent is one way to stimulate the region’s economic growth, as well as guaranteeing food security for the population.

“IBRAF, for example, has a program called Youth Technical Training Program, which brings young people from various nations of the African continent and we trained them in Brazilian agricultural techniques. These young people have the opportunity to apply what they see in their own reality and enhance their gains, ”said João Bosco Monte. 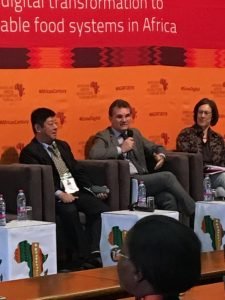 This year, the YTTP will reach its third edition and will take place from November 4th to 13th in Cruz das Almas, in the state of Bahia, and will offer training on post-harvest processing of cassava. The workshop is held in partnership with the Brazilian Agricultural Research Corporation.

The issue of food security and economic development will also be discussed during the Brazil Africa Forum 2019, which will be held in São Paulo from November 12 to 13. This is the seventh edition of the event, that is a realization of the Brazil Africa Institute, which has been consolidated as one of the main platforms for discussion of issues of interest to Brazil and the African continent.