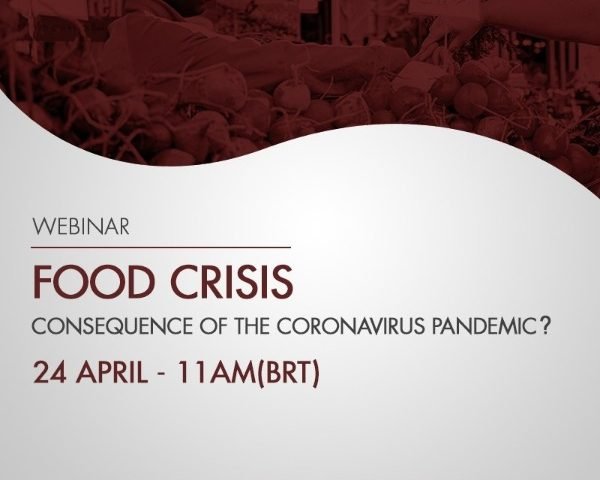 “We can’t just rely on big global markets and commodities.” This was one of the arguments of José Graziano da Silva, former Director General of FAO, during a webinar held by the Brazil Africa Institute (IBRAF) last Friday, April 24th. The defense of local production models was the main approach of the participants. 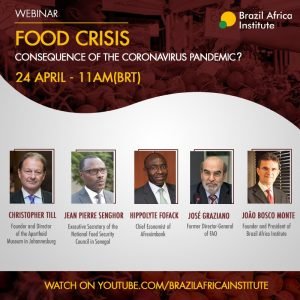 In addition to Graziano, Jean Pierre Senghor, Executive Secretary of the National Food Security Council of Senegal, Hippolyte Fofack, Chief Economist at the Afreximbank; and Christopher Till, Founder and Director of the Apartheid Museum, also participated in the dialogue; The meeting was moderated by Professor João Bosco Monte, President of the Brazil Africa Institute.

For Fofack, the current challenge is to guarantee the delivery of food for everyone. With many countries closing their borders, the global market has felt the impacts. “Talking about the crisis is not looking to the future. This is already happening now. The crisis has exposed the flaws of the current food import model,” he said.

Till also pointed out that the problem is not just how much food is produced, but how it is distributed. “This situation has shown us that it is important to produce food locally and, above all, to encourage young people to learn about production processes,” he argued.

Senghor stressed the importance of international cooperation for this moment. According to him, Brazil, for example, has something to teach to Africa, mainly in terms of food production. “What we’re doing here is helping people to be able to produce. We will not be able to reach a stage of food production if we do not invest in research,” he explained.

The president of IBRAF, professor João Bosco Monte, followed Senghor when he contextualized that “Brazil, over the past 40 years, has left the position of an importer to be a food exporter, and this can serve as a model for Africa. We cannot wait until tomorrow when people are hungry today”.

IBRAF and the Food Security Council of Senegal, in fact, are together in the development of a training workshop for young people of the African country with agricultural techniques practiced in Brazil. In 2020, the Youth Technical Training Program (YTTP), a training program created by the Institute, will hold two classes with young Senegalese.

Concluding the dialogue, José Graziano reflected on the lessons that the current moment could leave for the future. “We need to take advantage of this moment, that we are all in our homes, to build a local circuit for the production and consumption of food. This is the time to think about solutions that will last ”, he concluded.

The full dialogue can be watched on the Brazil Africa Institute’s YouTube channel. 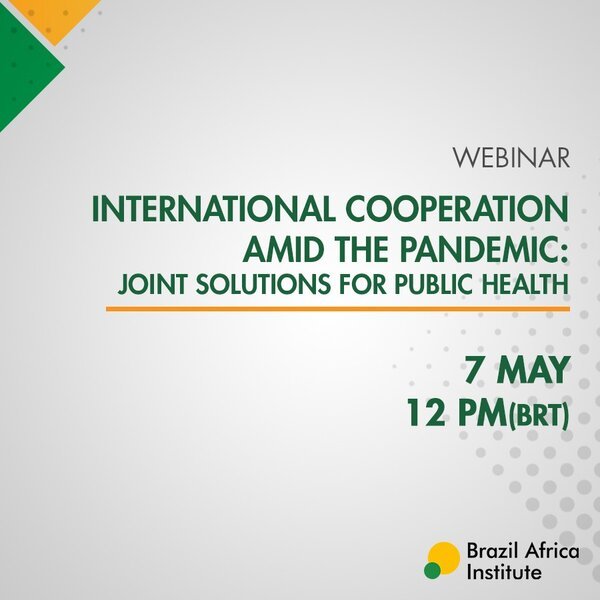