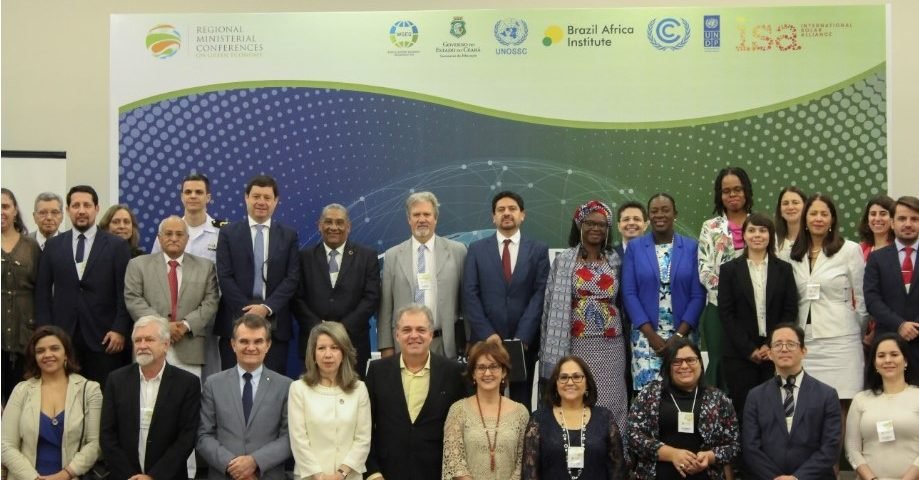 The first Americas Regional Ministerial Conference on Green Economy began this Monday (24) in Fortaleza. The event wants to discuss policies and regulatory milestones needed for a systematic transition to the Green Economy. “The green economy seems to be a state agenda. But it is a common agenda, of all of us, “recalls the president of the Brazil Africa Institute, Prof. João Bosco Monte, during the opening ceremony. “We will not find all the answers in just three days, but this is a very important time to help improve our role in promoting the green economy agenda.” Brazil Africa Institute is the local partner in Brazil. 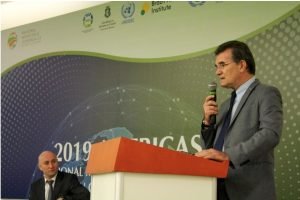 On the first morning of the event, ministers from various countries of the Americas were able to exchange experiences on the Green Economy. “Since 2010, we have been working with policies to advance sustainable development. We need to promote better integration among all sectors in order to achieve more education and awareness, ” says Olga Rosario, Minister of Environment of the Dominican Republic.

Guyana’s Minister of Education Nicolette Henry shared some of the country’s actions to improve the green economy agenda and sustainable development programs, such as the allocation of specific resources and the adoption of national policies. Guyana has sought to diversify its economic base beyond oil and made a strategic plan with targets set by 2040.

Ecuador’s deputy minister of the environment, Michael Castañeda, presented a program called “Reverdecer” aimed at actions to promote sustainable development in his country. “People are part of our strategy to achieve a sustainable state,” he says. 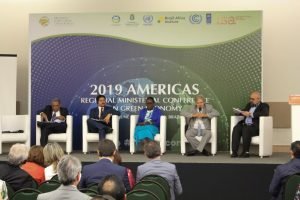 “Taking advantage of meetings like this Conference to establish partnerships is really important to achieve sustainable development,” says Rodrigo Carvalho, Commander of the Interministerial Commission on Marine Resources (CIRM), highlighting Brazil’s commitment to the issue.

The sea represents 19% of the Brazilian GDP. The number corresponds to sectors such as oil and gas, ports, shipbuilding, mineral extraction, tourism and water sports, fishing and aquaculture and biotechnology. Carvalho presented a sectoral plan for the resources of the sea, which aggregates 11 projects developed by the Brazilian government.

Despite the numerous local realities around the issue, there is a consensus that there is an urgent need to discuss and implement actions focused on sustainability. “The agenda of the green economy is not indivisible from others. The solutions we will find for one with security will work for another on the road to transition, “says Gerardo Arroyo, Director of the UNDP Sustainable Development Program for Mexico. 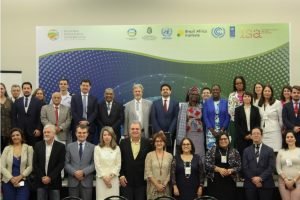 The conference held in the Americas is the third in a series of five meetings. The second of them was held between June 17 and 19 in Cairo, overlooking the African continent. The first of these was held in Bangkok. Two other conferences will be held, one in Bahrain and one in Uzbekistan. The idea of holding five conferences is to allow debates on green economy based on the need of each region.

“The Americas are rich, with many natural resources, but with many environmental challenges. The continent is being affected by climate change and needs to grow, “said Edem Bakhshish, Regional Coordinator of the United Nations Office for South-South Cooperation (UNOSSC). This is a region that faces major challenges and the green economy has the potential to improve human well-being,” said Katyna Argueta, UNDP’s resident representative in Brazil.