Last week, on May 19th, the United Nations Security Council (UNSC), together with the Secretary-General of the United Nations, António Guterres, the UNDP Administrator, Achim Steiner, and the Chair of the African Union Commission, Moussa Faki, met virtually for an open debate on the peace and security situation on the African continent in light of the COVID-19 pandemic. The focus of the meeting was aimed at mapping those who are the “fragile links” of global recovery, which may put the return to normality at risk, if not aided in their particularities.

The Open Debate was convened by China, as one of the key events of its UNSC Presidency. This approach reinforces China’s prominent position in the multilateral system, taking advantage of the American retraction, and putting its strategic imperatives on the global agenda. Africa is central to Chinese foreign policy, integrating the Belt and Road Initiative (BRI) and hosting the country’s first extraregional military base (in Djibouti).

António Guterres, in his opening speech, warned of the risk that the international community takes by simply accepting an uneven recovery. The UNSC’s central concern focuses on how COVID-19 in Africa has resulted in the interruption (and even the reversal) of positive achievements from recent years, especially in three areas: political reconciliation, economic growth and poverty reduction. The achievements in the UN Agenda 2030 and the AU Agenda 2063, especially with regard to the goal of building peace, justice and sound institutions, and the silencing of weapons on the African continent, are in check.

First, the UNSC pointed out the way in which the pandemic has created openings for African governments to adopt measures questioned by international authorities as anti-democratic and destabilizing. The UN and the AU have expressed concern over the past year on electoral processes marked by civil strife in Somalia, Burundi, Guinea and the Central African Republic. Moussa Faki, in his speech, pointed to the risk of the pandemic disrupting political dialogues in Sudan, Mali, Chad and Libya.

Secondly, attention was paid to the impact of the pandemic on African economies: while Africa experienced a 3.7% growth in 2019, the continent faced its first recession in 25 years in 2020, with continental GDP falling -3.3% as a result of the pandemic. To make matters worse, there was a huge increase in public debt, reaching 58% of the continental GDP, and placing 20 countries at a high risk of financial unsustainability, due to the expansion of government spending on public health services.

Third, COVID-19 has pushed 40 million Africans into extreme poverty, placing entire communities in a situation of utmost vulnerability. Guterres and Faki stressed the importance of human security as a vector for international security. Individuals facing poverty, social inequality and food insecurity are more vulnerable to cooptation by insurgent groups, in the search for stability and well-being, such as Al-Qaeda, the LRA and Boko Haram.

Africa has responded with a fierce commitment, strengthening international cooperation and continental governance instead of abandoning it in favor of selfish nationalisms. The UN, in the form of its specialized agencies, together with the African Union and the African Development Bank, has directed efforts and resources so that States do not disrupt their social security networks. According to estimates, US$ 200 billion a year will be needed in the coming years for the continent to maintain a stable, rapid and inclusive recovery.

There is an urgent need for coordination between the UNSC and the African Union Peace and Security Council, so that hotspots are identified and disarmed before plunging into chaos and violence. Guterres pointed out, as a measure, the appointment of a Special Envoy for the Sahel, where the presence of terrorist groups has threatened the dialogue between governments and civil society.

The World Bank approved a US$50 billion disbursement to assist Africa in containing and recovering from the pandemic, with a focus on strengthening health systems and delivering vaccines, preserving and creating jobs, and ensuring fair and inclusive economic reconstruction. Aware of the negative legacy of the Structural Adjustment Programs (SAPs) of the 1980s, African countries are prioritizing human life and social well-being over macroeconomic stability.

Coordination between UNDP, FAO, WFP, IFAD, UNHCR and UNECA and African states will be essential to prevent unemployment, shortages and migration from transforming into humanitarian crises, with impacts that may very well transcend borders. In areas of vulnerability, affected by civil wars, natural disasters and refugee crises, resources allocated in a planned manner for the maintenance and expansion of social programs, from income transfer to school meals and social housing, will be key to maintaining peace and security.

The Open Debate highlighted, above all, the need to assume that the global recovery from the pandemic cannot be achieved without an equal recovery. Peace and security on the African continent must be prioritized so that the aftermath of the COVID-19 pandemic does not become widespread crises, negatively affecting international flows of people, goods and services and extending a long period of human suffering. 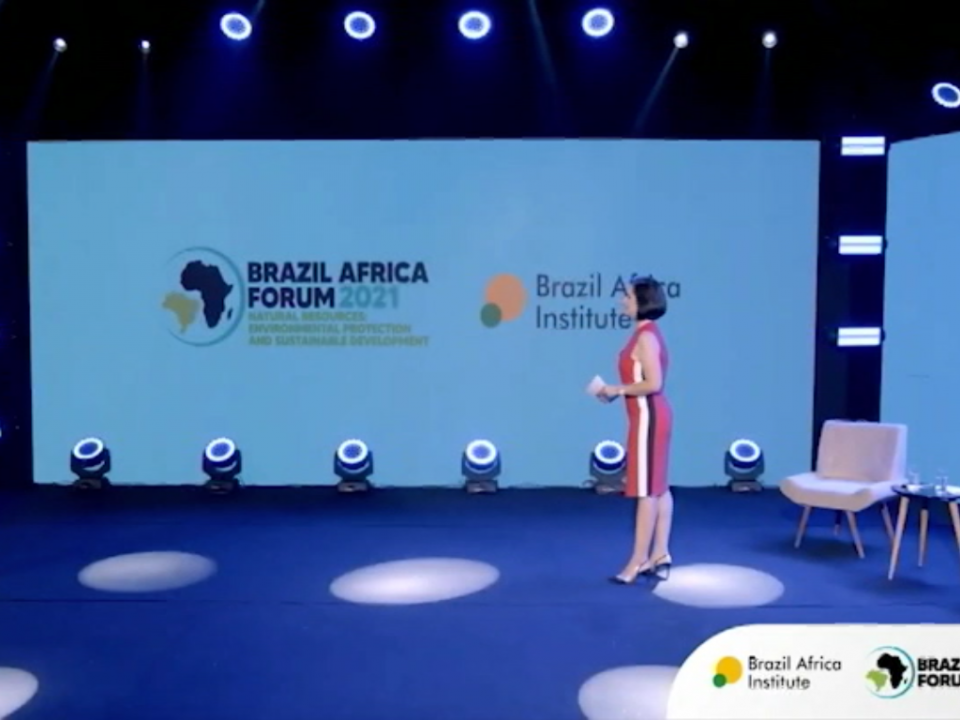 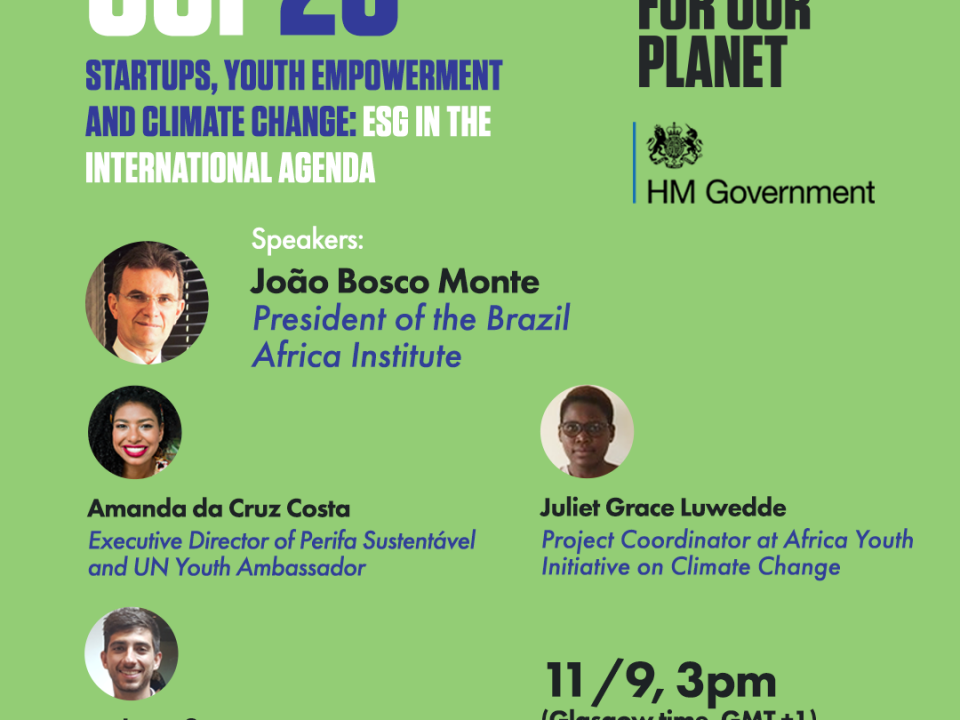 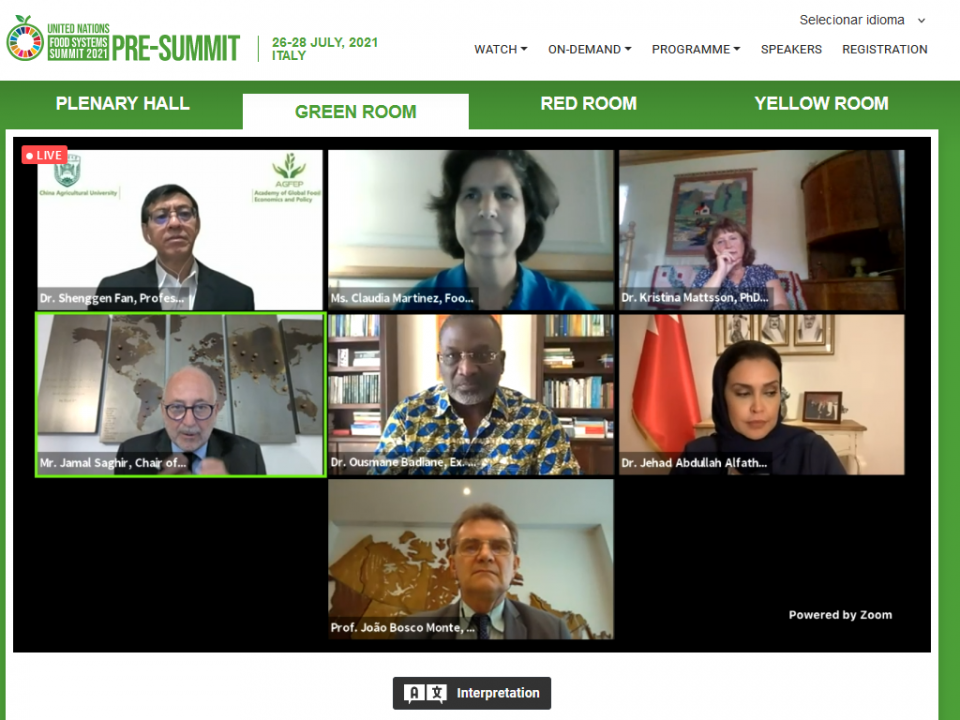