November 20, in Brazil, is remembered as Black Awareness Day, the date chosen in reference to the death of “Zumbi dos Palmares”, who fought bravely against the country’s slave system. However, even after a century of the abolition of slavery, its marks, such as racism and inequality, can still be easily seen in the society.

Data from the Brazilian Institute of Geography and Statistics (IBGE, in Portuguese), for example, show that the black population represented two-thirds of all Brazilians who were unemployed in 2018. In addition, the numbers also showed that the average per capita household income of black people was R$ 934 in the same year, while for white people it was R$ 1,846. 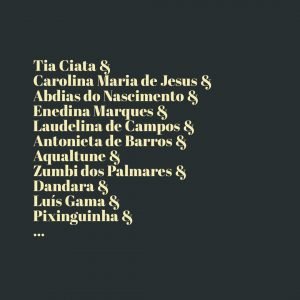 According to the writer Laurentino Gomes, one of the motivating problems of this situation is the fact that Brazil has not yet made the “second abolition”. The idea is reinforced by Ambassador Irene Vida Gala, who has dedicated herself for more than three decades to missions on the African continent. “We usually ask, ‘What can we do for Africa?’. And I don’t want that, but I want to think about what Africa can do for Brazil,” she said in an interview with BBC Brazil.

The “second abolition” is precisely one of the reasons why today’s date needs to be remembered. As a society, it is necessary to reflect on one’s own prejudices so that the next step can be taken. “Closer ties with Africa are absolutely essential because it is this approach that will help us make the second abolition. When it is recognized that Africa can be our partner in overcoming our racial problem, it reverses the meaning of this relationship,” concludes the ambassador.

In Brazil, November 20th is a day of conscience but also a day of reflection. Several names, like the ones in the image, dedicated themselves to this fight and we can all be part of history too.

“No one is born hating another person because of the color of his skin, or his background, or his religion. People must learn to hate, and if they can learn to hate, they can be taught to love, for love comes more naturally to the human heart than its opposite.” (Nelson Mandela)

“I am not a descendant of slaves. I am descended from people who were enslaved. ” (Makota Valdina)